Real Madrid have won the 2021/22 Champions League final. The Spaniards won 0-1 against Liverpool with a goal from Vinicius Junior in the 59th minute.

Liverpool were the dominant side in this final, but kept finding goalkeeper Thibaut Courtois in their way. Just before half time, Karim Benzema thought he had scored the opening goal, but this goal was rejected by VAR. After an hour of play, Vinicius Junior tapped the ball in from close range, after a cross from Federico Valverde.

The final started 36 minutes later than scheduled, due to disturbances in and around the stadium. The organization in Paris was not in order, so many football fans could not get to the stadium on time.

Real Madrid have now won the title twice as often as the number two on the list. AC Milan won the cup 7 times.

Carlo Ancelottis is the first coach ever to win the Chamions League 4 times. He guided his team to the final a total of 5 times. 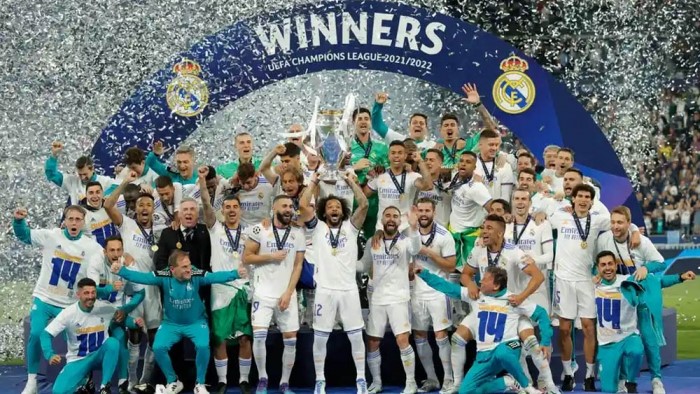